OnePlus Nord, that’s the name confirmed by OnePlus for its new Affordable smartphone series. It was revealed on the stories of the Instagram page OnePlusLiteZThing. OnePlus in a tweet said, ‘There were many theories about the new OnePlus phone. Lite wasn’t quite right. Z wasn’t either. Meet Nord. OnePlus Nord. #NewBeginnings #OnePlusNord‘

A week back, OnePlus had officially confirmed the Affordable Smartphone Series and now we know the name of the device. OnePlus also has a 4 part documentary called ‘New Beginnings’ and Episode 1 is also now available on the Instagram handle.

As per the leaks, OnePlus Nord, which was rumoured to be called OnePlus Z or OnePlus Lite or even OnePlus 8 Lite once upon a time, might have Snapdragon 765G processor, 6GB RAM, 6.55 inch 90Hz display, 48 MP Main lens and 16MP ultra-wide lens.

OnePlus will have 100 pre-orders tomorrow and more 8th July and 15th July. OnePlus Nord can be pre-ordered from here.

Do follow us on the Social Media, where we will continue to update as when as when we know more about OnePlus Nord.

What do you feel about the new OnePlus Budget smartphone series and OnePlus Nord, do let us know in comments. 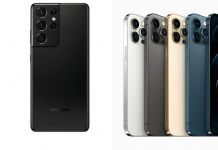 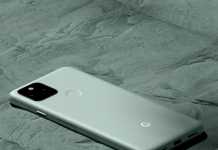