Update (09.07.2020): OnePlus Nord will have AMOLED screen. OnePlus has confirmed that they will not use LCD panels on the affordable smartphone just to save cost. They will continue to AMOLED screen and aim to provide the same brilliant screen like the other OnePlus smartphones. Though there was not confirmation about the refresh rate but it is rumoured to have at least 90Hz refresh rate.

OnePlus Nord will also feature a total of 6 Cameras, yes 6 Cameras for $500. In a short instagram clip OnePlus confirmed the OnePlus Nord wil have Dual Front Camera (punch hole display) on the left of the screen and Quad camera setup of the rear in the vertical camera housing.

It is rumoured that OnePlus Nord will have  6.55-inch screen with a 90Hz refresh rate, 6 GB of RAM, 3 or 4 Rear Cameras and Dual Front Cameras in punch hole design, 128 GB of storage, 4000 mAh Battery with 30W Warp charging.

OnePlus Nord will be priced under $500 as confirmed by OnePlus. OnePlus also released their 2nd part of the documentary series on Instagram

OnePlus Nord will be available for Pre-Order on OnePlus UK site on 8th July 2020, although it said to be of very limited quantity.

Where to watch the AR Event

OnePlus has released an app on Android and Apple’s App Store to experience the launch in Augmentated Reality.

Download the App for Android & Apple. The app on Android is available but will be available soon on Apple’s App Store thought the link. 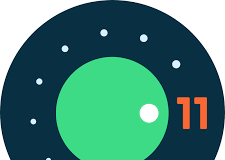